This medium sized 98m2 home was pre – fabricated in the Carbonlite Factory and the modified Qikfit Floor system was manufactured by Qikfit in our Bayswater Factory. This allowed for very fast installation and build completion on-site.

The Qikfit Cassettes were modified to increase the depth of the joists fixed to the panels to not only give a better span performance but also to accommodate the R3.5 thick Fibre insulation.OSB panels 6mm thick were attached to the underside to form a sandwich type cassette and then a flexible membrane was attached which would join with the other panels and once sealed on- site would contribute tremendously to the buildings energy efficiency.

This was also the first Qikfit system Burkhard had installed and was fitted very quickly and efficiently with Burkhard commenting that the Qikfit Panels and Bearers were “millimeter perfect”.

By using Qikfit and the modified joists and bearers giving greater spans we could again achieve greater savings in stumps required and installation time.

Burkhard has just completed another Passiv Haus in Canberra where he again used the modified Qikfit system which he and his team manufactured in their own Factory in Thomastown Vic.

We look forward to working with Burkhard on future developments. 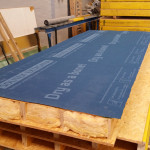 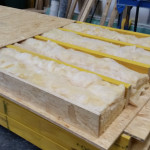 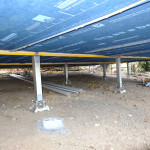 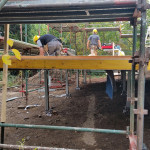 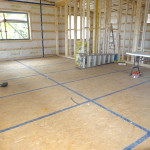